Two priests connected by a miracle 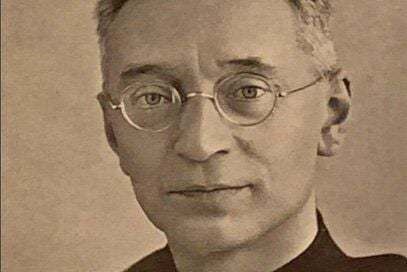 PALM BEACH GARDENS  |  At the Vatican in 2022, the Catholic Church will elevate a Dutch Carmelite priest to sainthood. There will be rejoicing in many parts of the world when it occurs, especially in the Diocese of Palm Beach.

Blessed Titus Brandsma, born in the Netherlands in 1881, was a Carmelite priest, theologian, journalist and author who opposed and spoke out against the anti-Jewish laws being passed in Nazi Germany before World War II.

“He was arrested when Germany invaded the Netherlands and told that he would be allowed to live a quiet life in a monastery if he would announce that Catholic newspapers should publish Nazi propaganda,” according to a Vatican News report when his canonization was announced Nov. 25, 2021.

Father Titus refused, and he was given a lethal injection in the Dachau concentration camp on July 26, 1942.

On Nov. 3, 1985, when Father Titus was beatified (declared Blessed) by the church during a Vatican Mass in St. Peter’s Basilica, in attendance was Carmelite Father Michael Driscoll. At the time, he was assigned as pastor of the Carmelite parish of the Transfiguration in Tarrytown, New York. Father Driscoll previously had served at St. Joan of Arc Parish in Boca Raton and in other positions in the Diocese of Palm Beach since 1977.

One of Father Driscoll’s high school teachers in Middletown, New York, was a Dutch Carmelite priest who lived in the Netherlands when Father Titus was arrested by the Gestapo. The priest told his students a lot about Father Titus. Father Driscoll recalls him telling how Father Titus smuggled the Blessed Sacrament inside an eyeglass case to other priests being held in the concentration camp. There is a stained-glass window in Middletown depicting that episode, he said.

Little did young Terence Driscoll (since Michael is his religious name) know the role that Blessed Titus would play in his life.