History of the Diocese of Palm Beach 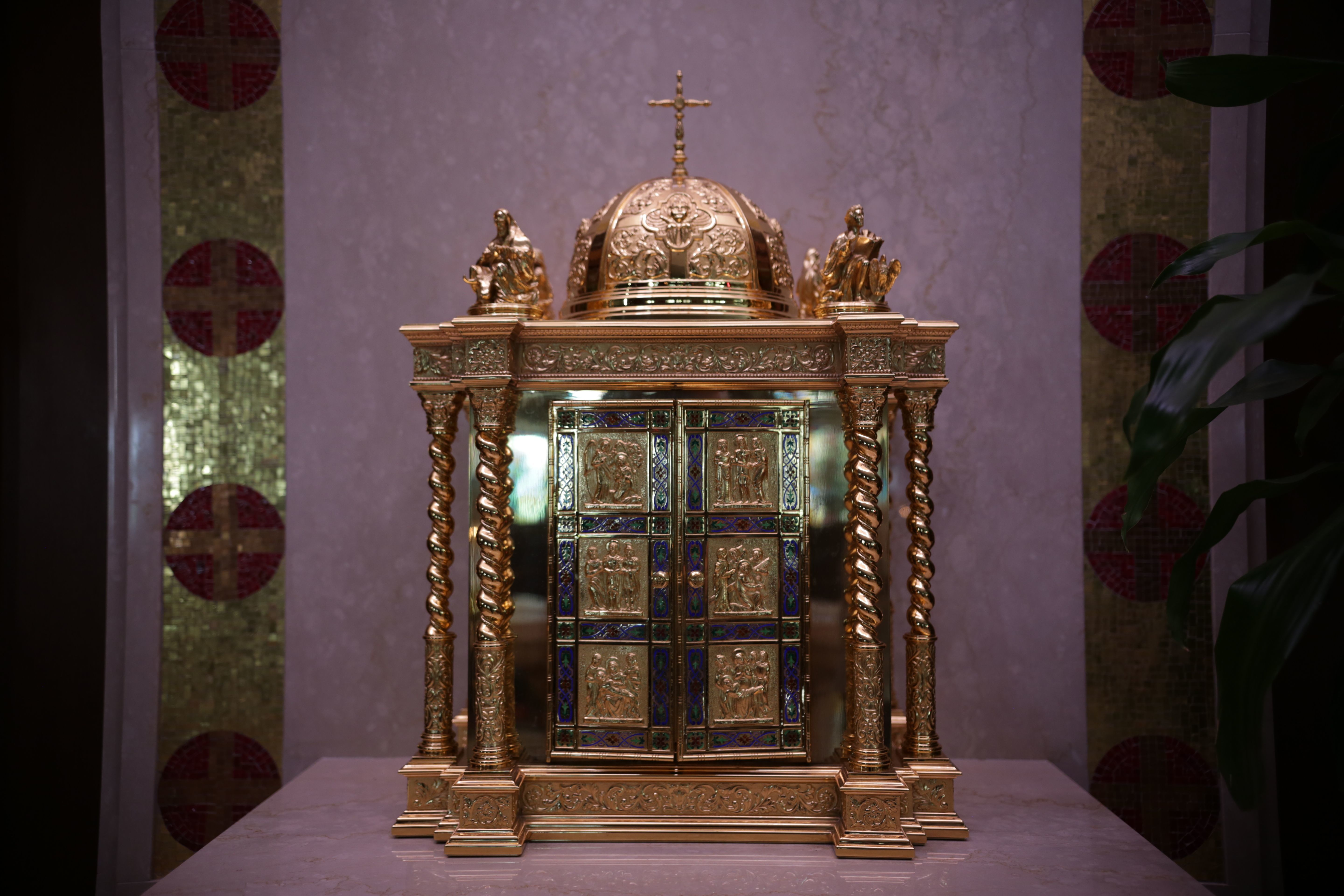 The first recorded history of Catholicism in what are now the five counties of the Diocese of Palm Beach began in the late 1800’s.

In 1889, Bishop John Moore of the Diocese of Saint Augustine invited the Jesuits to assume pastoral care of the lower third of Florida, an area sparsely settled at the time. In 1892, Jesuit Father Conrad M. Widman arrived by boat from Jacksonville in Lake Worth, a broiling mosquito infested area, now known as Palm Beach. He stayed at the home of an Irish immigrant and local pioneer, John Purcell McKenna, where he baptized McKenna’s son and celebrated Mass.

Saint Ann Catholic Church was built in West Palm Beach on land donated by legendary developer Henry Flagler. Flagler was building his Royal Poinciana Hotel nearby and the construction of this enormous wooden structure attracted engineers, laborers and especially carpenters who were Roman Catholic. Saint Ann Church was dedicated on March 15, 1896 by Bishop Moore, and although a larger church was built in 1913, the original building was preserved and is now used for parish offices.

Another early center of Catholicism in what is now the Diocese of Palm Beach was in Fort Pierce. In 1905, Father P.J. Bresnahan, a priest from the Diocese of Saint Augustine, conducted a mission for both Catholics and non-Catholics there. Subsequently, the small, mostly German-speaking Catholic community built a church and asked for a pastor. In 1910, Benedictine Father Gabriel Ruppert established Saint Anastasia Parish. Much to the joy of Florida’s ravenous termites, the original church was built of wood and was quickly infested beyond repair. A second church was built on the same site but the stucco veneer was still no match for the termites. In 1975, the present church was dedicated, where worship continues today.

In the early 1920’s, several hearty Catholic families settled at Canal Point on the shores of Lake Okeechobee to farm. They established a church at a private residence but by 1924, their congregation had grown to thirty and the settlers built a small church, but the building was destroyed by a hurricane in 1928. As residents grew, they raised money for a new church, one that was finished in 1933 and stands today as St. Mary Parish in Pahokee. Saint Mary Parish also operates a free medical and dental clinic that serves the many migrant farm workers who toil in this agricultural community.

St. Vincent de Paul Regional Seminary in Boynton Beach was dedicated in 1963 by the Vincentian Fathers. The seminary provides a human, spiritual, academic and pastoral program to prepare candidates for the Roman Catholic Priesthood. The seminary also provides continuing education for clergy, religious, and laity of all denominations. St. Vincent de Paul Regional Seminary is owned and operated by all seven of Florida’s dioceses.

On October 24, 1984, Bishop Thomas V. Daily, from the Archdiocese of Boston, was named the founding bishop of the newly created Diocese of Palm Beach. The diocese began with 38 parishes serving about 103,000 Catholics.

The same year, the centrally located Cathedral of St. Ignatius Loyola in Palm Beach Gardens was dedicated. Founded in 1970 with 400 families, the St. Ignatius Loyola parish had outgrown its multi-purpose building. The new diocesan cathedral was designed to utilize natural light. It has stunning stained glass windows and native Florida coral rock walls. The Cathedral was built to hold 1,400 worshipers and was designed with the bishop’s chair as its focal point. In 2005, the Cathedral underwent renovations to add wood and Italian marble in the sanctuary.

In 2002, Fall River Massachusetts Bishop Sean O’Malley was installed as the fourth Bishop of the Diocese of Palm Beach but in less than year, he was appointed as the Archbishop of Boston, Massachusetts.

In 2004, twenty years after the Diocese of Palm Beach was established by His Holiness, Pope John Paul II, 49 parishes and four missions served a Catholic population of more than 260,000.