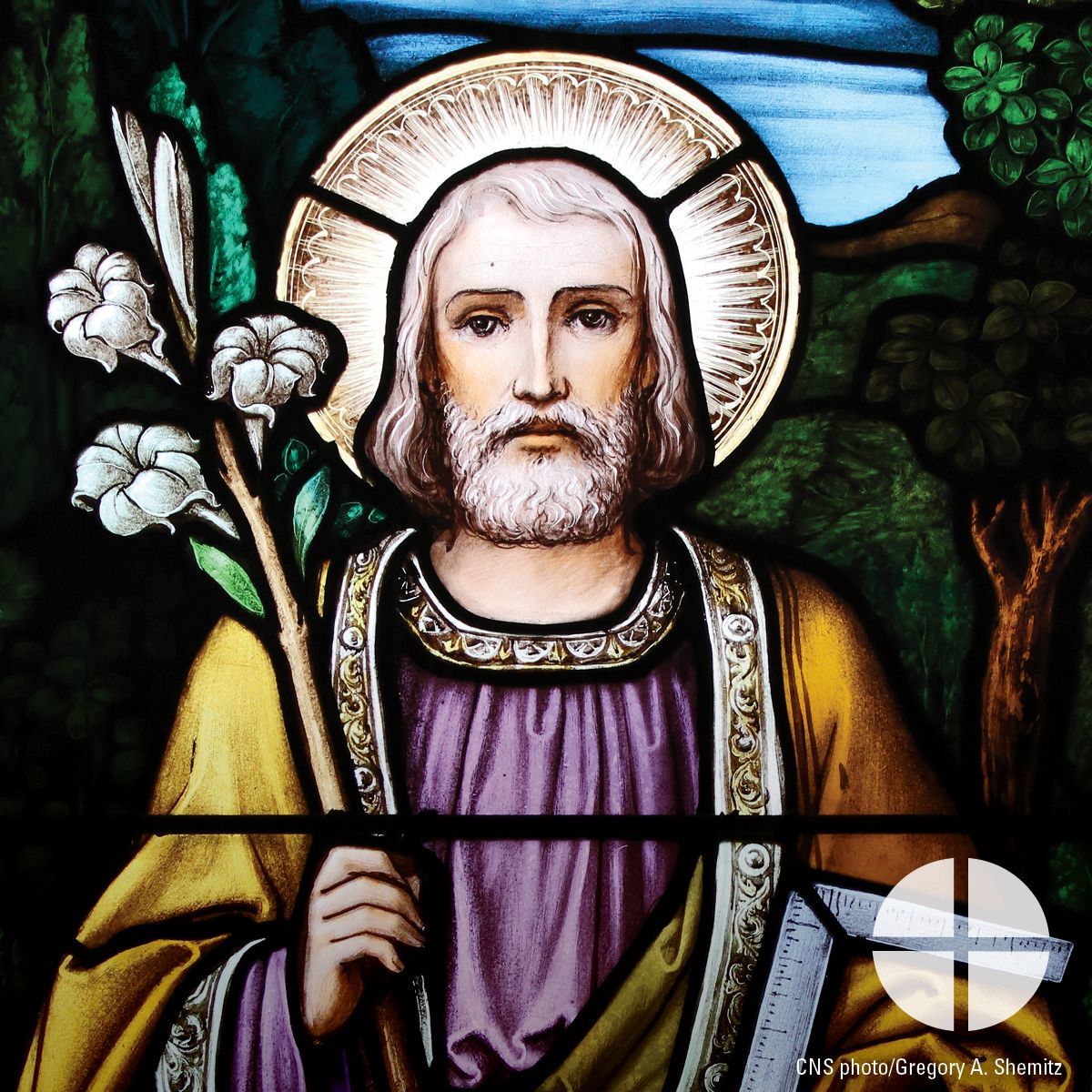 The spouse of Mary the mother of Jesus and the legal father of Jesus according to Jewish law, Joseph is a model of humility and obedience to God’s will. He followed God’s instructions, given by angels in dreams, and took the pregnant Mary into his home as his wife, protected her and Jesus at the child’s birth in Bethlehem through the family’s sojourn in Egypt, and provided for them as a carpenter in Nazareth. This feast, which was celebrated locally as early as the ninth century, became a universal feast in the fifteenth century, when it was placed on the liturgical calendar. Pope Pius IX named St. Joseph Patron of the Universal Church in 1870; he is also the patron saint of carpenters, the dying, and workers.

“Being a guardian is the distinctive trait of Joseph: Being the guardian is his great mission . . . We look to Joseph as the model educator, who watches over and accompanies Jesus as he grows ‘in wisdom, age and grace,’ as the Gospel says. He was not Jesus’ father: the father of Jesus was God, but he was a father to Jesus, he was a father to Jesus in order to help him grow. And how did he help him grow? In wisdom, age and grace.” —Pope Francis, March 19, 2014