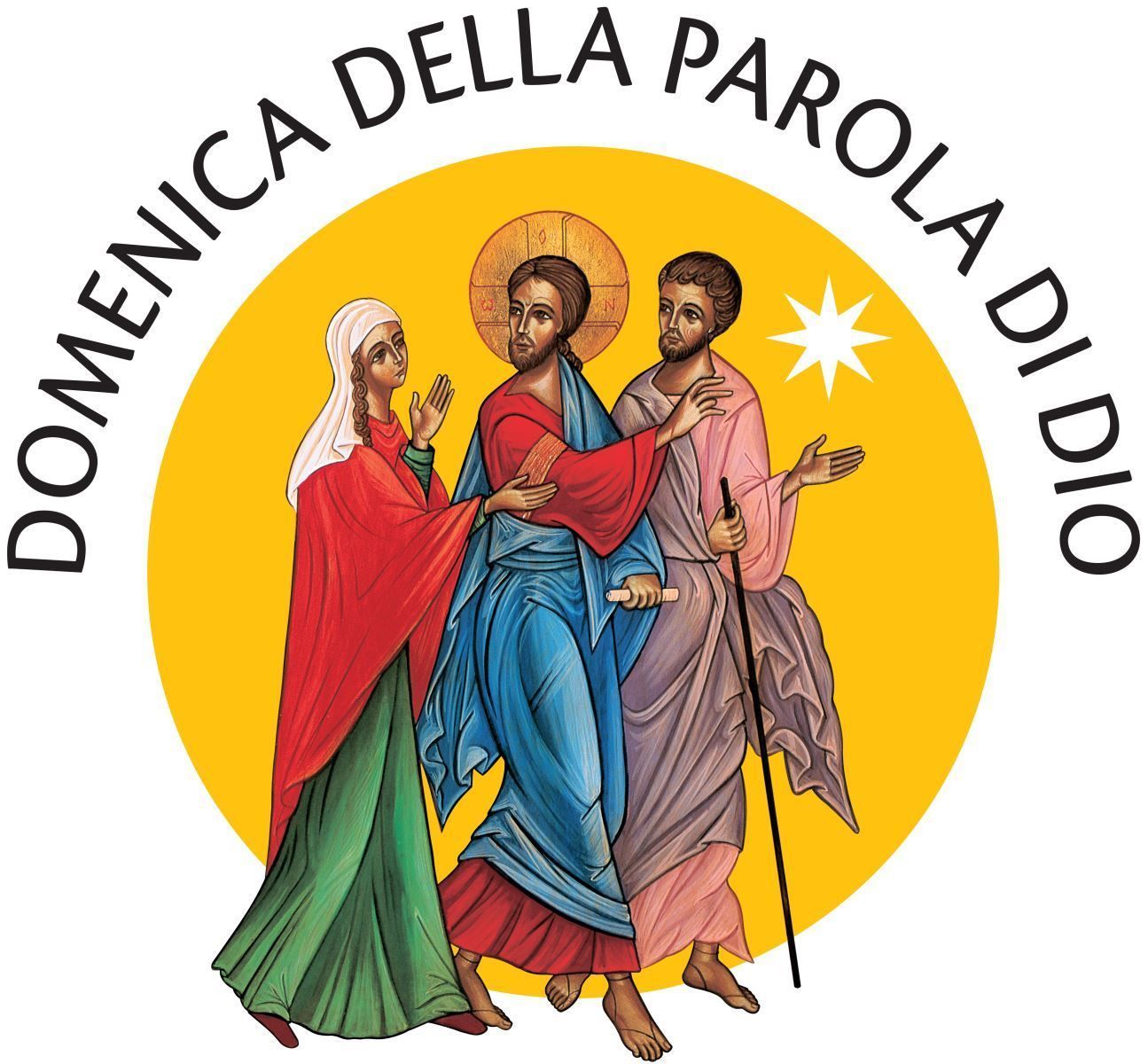 We live today in the midst of a world that is filled with words coming to us from all sides.  The days of getting news and hearing a message from the television or newspapers are long over.  We possess, through electronic devices we carry in our pockets, instant communication from the world and to the world.  Many times this communication, the words presented to us, are not commensurate with what is actually happening but conveying a particular political outlook, a particular vision of how things should be, the influence of others as well as a method of advertising.  We text and we get texts, we tweet and we receive tweets, we have various Internet connections to news and various other ways in which words are spoken to us and we can equally respond.  Some are angry, confused, untrue, inflammatory and destructive.  Many are true, consoling, supportive, insightful and helpful.  However, so many times it is up to us to determine their intent and to be careful in their application.  Words are all around us.

There is a word which is all around us, within us, above us and always speaking to us.  It is a word which is always true, insightful, uplifting, supportive, forgiving and which always gives meaning, joy and purpose to our lives.  Unfortunately, with so many of the words coming to us, this word, which is silent by its nature, may never be heard.  It is the word of God.  It is essential for us to listen to the word of God which is communal to the Church and personal to each one of us, especially in the context in which we live today in which vision, faith and discernment are crucial for us with so many other words being spoken.

Recently, on the Third Sunday of Ordinary Time, January 26, we celebrated for the first time what Pope Francis has formally declared as the Sunday of the Word of God.  In an Apostolic Letter entitled, Aperuit Illis, He Appeared to Them, he established this celebration on September 30, 2019, the Feast of St. Jerome who was a great scholar and teacher in regard to the word of God in Sacred Scripture.  Pope Francis explained that he proposed setting such a Sunday aside at the conclusion of the Extraordinary Jubilee of Mercy in order for the Church better to realize the indefatigable riches which God has given us in the Scriptures.  The Pope described that he received many requests for such a Sunday after his proposal and was now responding to them in the formulation of the Sunday of the Word of God.  As Pope Francis explained, "The relationship between the Risen Lord, the community of believers and Sacred Scripture is essential to our identity as Christians.  Without the Lord who opens our minds to them, it is impossible to understand the Scriptures in depth.  Yet the contrary is equally true: without the Scriptures, the events of the mission of Jesus and of His Church in this world would remain incomprehensible. Hence, St. Jerome could rightly claim: ‘Ignorance of the Scriptures is ignorance of Christ.’"

Pope Francis celebrated the inaugural Mass for the Sunday of the Word of God at St. Peter's Basilica.  He began the Mass with a solemn enthronement of the lectionary used at all of the sessions during the Second Vatican Council.  That lectionary is significant because the Second Vatican Council, in its Dogmatic Constitution on the Word of God, gave great emphasis to the rediscovery of the word of God emphasizing its divine inspiration in the Old and New Testaments and its transmission through the working of the Holy Spirit from one age to another.  Pope Francis emphasized in his homily, “That is why we need His Word:  so we can hear amid the thousands of other words in our daily lives, that one word which speaks to us, not about things, but about life”

On January 17, just a few days before the inauguration of the Sunday of the Word of God, the Vatican released the official logo for this worldwide celebration.  The very colorful logo resembles an icon created by the late Benedictine Sister Marie-Paul Farran, a member of Our Lady of Calvary Congregation, who lived at its monastery on the Mount of Olives in Jerusalem.  The logo is much in keeping with the theme of Pope Francis' Apostolic Letter, He Appeared to Them, as it is a depiction of the disciples on the Road to Emmaus after the Resurrection of Christ when He appeared to them and opened their minds to the understanding of the Scriptures (cf. Lk 24:13-35).  The logo shows Christ holding in His left hand a scroll which is the Sacred Scriptures and by His side two disciples, pictured as Clopas and his wife, Mary.  Both of these disciples fixed their gaze on Christ while Clopas holds a stick to indicate a pilgrimage to the road ahead.  There is a star overhead which represents evangelization and the light that guides their journey and shows the way.

The meaning of the passage of the two disciples listening to Christ opening their minds to the Scriptures is powerful.  While the disciples are looking directly at the Risen Christ, they do not know who He is until He speaks to them reflecting upon the word of God in reference to Him as given in the Scriptures.  While He truly appears to them, it is their listening to Him that makes the great difference in their coming to faith and ultimately recognizing Him in the breaking of the bread.  After the crucifixion of Christ these disciples had heard a great many words, most of which were discouraging and negative, causing them no longer to believe in the promise of Christ and to return home to their former way of life.  Christ is truly present to them in their departing journey, and it is the word from Him, leading to the Eucharist, that makes the difference.

Truly, what happened to these disciples happens to us as well.  As we hear many words all around us and try to discern their truth and what they mean, it is only the word of God revealed in Christ that opens our minds.  That word is spoken to us in the Scriptures each and every time we listen to them at Mass or read them personally.  It is the Lord who is before us speaking to us, not only about what has occurred and has been revealed in salvation history, but how that touches and affects us each and every moment of our lives.  God speaks to us personally in His word and we need to take the time to listen to it, especially when it seems to be drowned out.  The disciples on the Road to Emmaus went from being downcast and dejected to being rejuvenated and joyful at the presence of Christ through His word culminating in the Eucharist.

Mary is the model of the one who always listened to the word of God.  Jesus praised her, not for being His physical mother, but for listening to His word and treasuring that word in her heart.  Mary's very presence tweeted a word of joy and faith which touched the lives of others more powerfully than any verbal words she could have spoken.  Pope Francis concluded his Apostolic Letter stating, "Along our path welcoming God's word into our hearts, the Mother of the Lord accompanies us.  She is the one who was called blessed because she believed in the fulfillment of what the Lord has spoken to her” (cf. Lk 1:45).  The Pope concluded his homily for the Sunday of the Word by urging, “Dear brothers and sisters, let us make room inside ourselves for the word of God!  Each day, let us read a verse or two of the Bible.  Let us begin with the Gospel: let is keep it upon our table, carry it in our pocket or bag, read it on our cell phones, and allow it to inspire us daily.  We will discover that God is close to us, that He dispels our darkness and, with great love, leads our lives into deep waters.”

May we recognize the Lord before us as we listen to His word!