Living the Truth in Love - Saint Joseph, the Soul of Justice 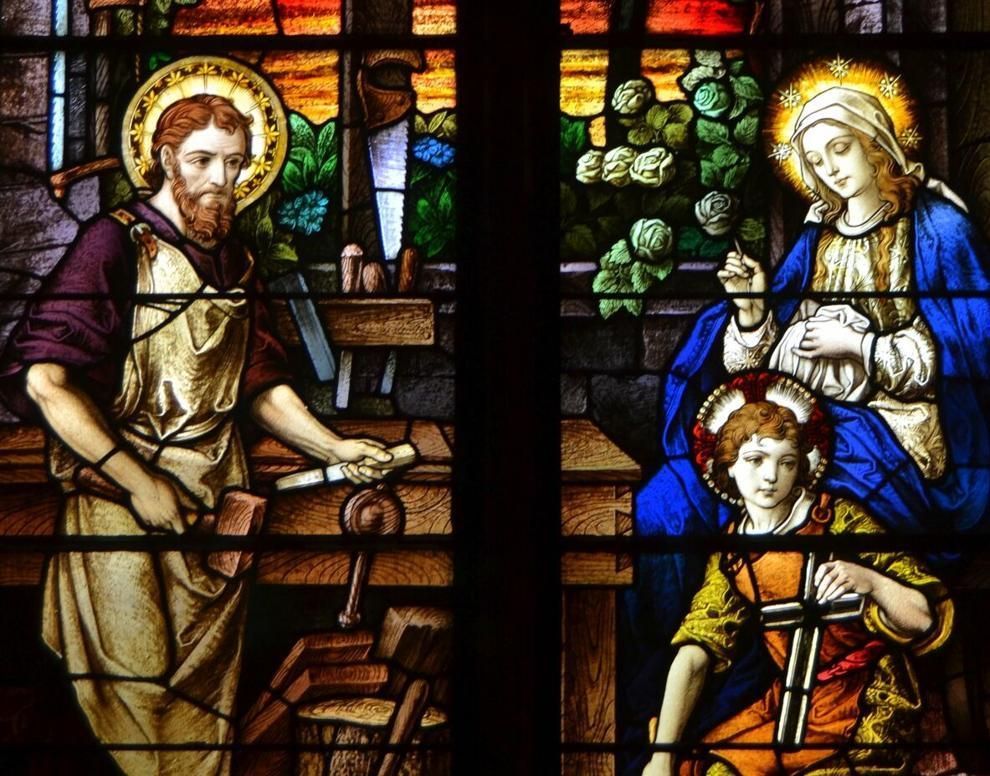 The celebration of the Solemnity of Saint Joseph, the Husband of Mary, on March 19, is  always a significant celebration in the life of the Church, but this year, even more so since it is the Year of Saint Joseph.  This Year of Saint Joseph was announced by Pope Francis in honor of the hundredth anniversary of the Saint’s proclamation as Patron of the Universal Church.  The year began on the Solemnity of the Immaculate Conception, December 8, 2020, and will conclude on the same Solemnity in 2021.  For the occasion, the Pope issued an Apostolic Letter, Patris cordis, With a Father’s Heart.  In his Apostolic Letter, Pope Francis begins by referring to Saint Joseph with the words from the beginning of the Gospel of St. Matthew as a “just man.”  This title is one of the most prominent for Saint Joseph as it captures his character, attitude, and actions, and sets before us the soul of justice.

Saint Joseph exemplifies his having the soul of justice as we first encounter him in the Gospel of Saint Matthew.  When Joseph learns that Mary is with child, he does not understand that the Divine Savior’s conception had come about through the Holy Spirit.  Joseph is concerned and does not want to do anything that will embarrass Mary.  Thus, we are told that he decides to divorce her quietly.  The older translations of the Greek text referring to Saint Joseph in this context are more accurate than some of the newer ones and better capture the true nature of Joseph’s justice.  They express that Joseph was a just man who did not want to expose Mary to the law.  The particular law that concerned Mary and Joseph was the Deuteronomic one regarding an engaged woman found not to be a virgin.  She was to be returned to her father's house and stoned to death by the men of the city on account of the disgrace brought upon her father's house.

Joseph's justice went beyond the law.  His was a true justice of love which certainly would have reflected how Jesus would have handled this matter as He did in the case of the woman caught in the act of adultery.  The angel explains to Joseph that Mary had conceived Christ through the Holy Spirit and that Joseph should have no fear in taking her as his wife.  Our introduction to Saint Joseph is in terms of his justice which reflects the love of Christ.  Truly, we can refer to Saint Joseph as a “just man.”

Having the soul of justice, Saint Joseph stands as a model of goodness for all times and people. While not much is said of him in the Gospels and he never speaks a word, his goodness speaks clearly and loudly.  Indeed, his goodness makes him a model of holiness in the life of the Church.  Pope Pius IX declared Saint Joseph to be the Patron of the Universal Church because, after the Blessed Mother, the Church has always held him with highest honor and has had recourse to him in the midst of the greatest trouble.

Saint Joseph's loving justice and his special place in the life of the Church have made him a “saint's saint.”  Saint Bernard said of him, "When we do not know how to pray, we turn to Saint Joseph."  Saint Teresa of Avila had a lifelong devotion to Saint Joseph and considered him the best teacher of prayer.  She said of him, "Whoever wants a master to teach him how to pray, let him take this glorious saint as guide and he will not go astray.  To other saints our Lord has given power to help in one sort of need, but this glorious saint, as I know by experience, helps us in every need.  I cannot remember ever having asked him for anything which he did not obtain for me."

There are many stories from every generation and culture which reveal the virtues, humility and holiness which sum up the life of the just man, Saint Joseph.  One of them is the incident of a miraculous staircase which occurred during the 1800s at our Lady of Light Chapel in Santa Fe, New Mexico.  The Sisters of Loretto conducted a school in Santa Fe and decided to add a chapel to their campus.  After much work, the chapel was completed but with no access to the choir loft.  Seeking guidance, the Sisters made a novena to Saint Joseph.  On the last day of the novena, a man mysteriously appeared at the convent with a donkey and a toolbox.  He was a carpenter and asked the Sisters if he could build a staircase for the chapel.  Months later he finished his work and disappeared without waiting for pay or thanks.  The Sisters went to the local lumberyard to pay for the wood, but discovered that no one had purchased any wood from the yard for the staircase.  The circular staircase, which still stands today, is considered to be an architectural masterpiece.  It makes two complete 360-degree turns and hangs without support.  There is not a single nail in the structure, only wooden pegs, and architects say it defies the laws of gravity.  Even more mysteriously, the wood used in the staircase did not come from New Mexico.  The Sisters were convinced that the carpenter was Saint Joseph himself who in his humble and holy manner did just what one would expect of this just man.

A few days after we celebrate the Solemnity of Saint Joseph, the Husband of Mary, we look to his wife and celebrate the Solemnity of the Annunciation on March 25.  This Solemnity centers on Mary's acceptance of God's will for her to be the mother of Christ.  The Solemnity occurs exactly nine months before Christmas to commemorate Christ's virginal conception in Mary's womb.  What happened at Mary's Annunciation is very similar to what happened at Joseph's Annunciation when he reveals his justice and refuses to embarrass Mary.  An angel appeared to both, Mary and Joseph, and told them not to be afraid.  Both listened to the angel and put their trust in God.   The Solemnities remind us of the intimate bond between Mary and Joseph who hold a unique place in the life of the Church.  As Pope John Paul II tells us in his Apostolic Exhortation on Saint Joseph, Redemptoris custos, "One can say that what Joseph did united him in an altogether special way to the faith of Mary. He accepted as truth coming from God the very thing that she had already accepted at the Annunciation."  Joseph imitates all the virtues of Mary to the highest degree.

As we continue with the Lenten season, during the Year of Saint Joseph, we look to him in a special way.   He is truly the soul of justice and reminds us that God's love is what sustains us.  Like Mary, he is always there for us and works in gentle and quiet ways.  The prayer of Pope Francis at the conclusion of his Apostolic letter on Saint Joseph is a good one to keep before us:

Hail, Guardian of the Redeemer,

Spouse of the Blessed Virgin Mary.

To you God entrusted His only Son;

in you Mary placed her trust;

with you Christ became man.

Blessed Joseph, to us too,

show yourself a father

and guide us in the path of life.

Obtain for us grace, mercy and courage,

and defend us from every evil. Amen