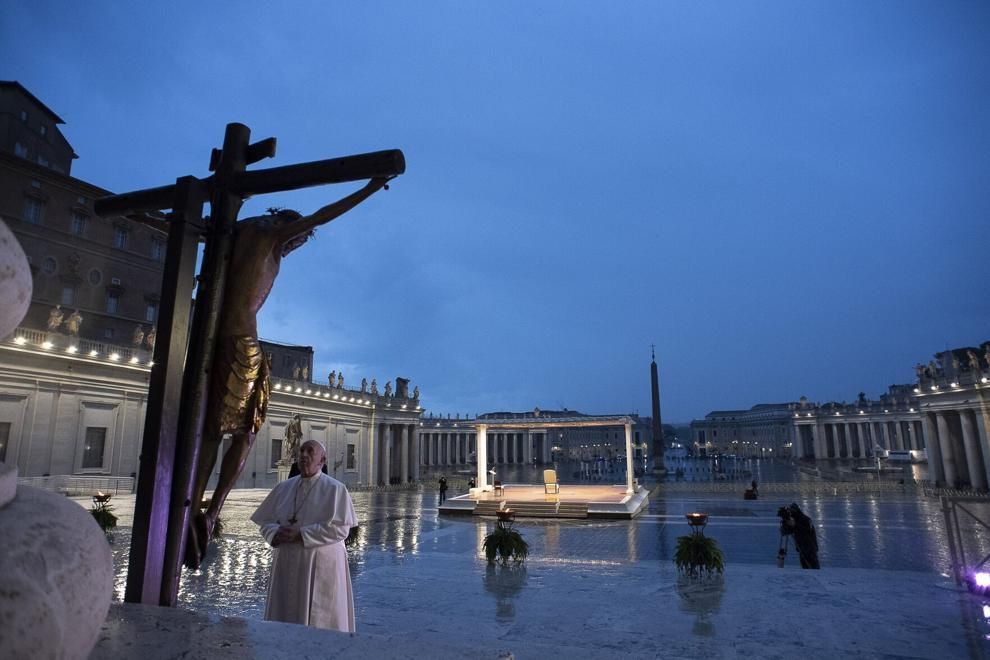 Fragility is a necessary part of human existence.  As we go through life, we realize the many ways that fragility expresses itself, such as through illness, vulnerability through others, unexpected events, and ultimately death - both of others and of ourselves.  The past year certainly has demonstrated the fragility that exists within our lives as we faced and continue to face the many unforeseen and disturbing aspects of the pandemic.

While fragility is a necessary part of human existence, it is difficult to acknowledge honestly.   Many times, it is treated as an illusion because of the unexpected difficulties it can bring to us.  To live with fragility always before us can cause a great deal of fear, anxiety, and an inability to move forward.  At the same time, to make it an illusion can be a detriment as we deny the reality of what can happen.  Certainly, the pandemic has brought both of these extremes to the fore.  The pandemic, as real as it is, can cause an overwhelming fear that paralyzes a person into extreme precaution.  At the same time, the pandemic can be denied as something that really does not exist and is considered a political ploy.

During this Easter season, as we celebrate the Resurrection of Christ, we have encountered the fragility of the disciples who were absolutely broken at the crucifixion and death of Christ.  So many had put their hope in Him as the Messiah and His death upon the Cross was unexpected, even though Jesus had foretold it.  In addition, Jesus had foretold His Resurrection but those who came to the empty tomb and those who even encountered the Risen Christ face to face were so fragile that they could not accept that He had Risen and was before them.

The only one who heals our fragile human nature is Christ.  He took our fragile nature to Himself when He became one of us.  He was born under the poorest of conditions at Bethlehem. He experienced the temptations of the devil.  He was scorned and rejected by so many who could not accept Him.  He felt real pain, physically and emotionally, and cried real tears as part of the fragility of life.  He did all of this in order to give us life through His Resurrection which we celebrate during this holy season.

Christ not only accepted fragility, He transformed it and conquered it.  Christ did not make fragility go away from us in our weak human nature.  However, by His accepting of it, He transformed and conquered it so that it does not have the ultimate power over us in regard to the meaning of life.  Because of Christ’s acceptance of the Cross, He is there with us whenever we experience fragility within our lives.  We are not alone.  He is with us and calls us by name just as He did to the disciples and apostles who could not recognize Him after His Resurrection even though they were looking directly at Him.  Christ gives us life each and every day because He gives us the fullness of the life of His Father.  We will ultimately face the final fragility of life in death, but through Christ’s Resurrection we will be raised into that fullness of life where every tear, sorrow and fragility will be taken away.

Last year on March 27, Pope Francis held an Extraordinary Moment of Prayer at the Vatican in the face of the pandemic which had caused Saint Peter’s Square to be completely empty.  On this occasion, he spoke powerfully of the fragility of life expressing that, “All of us are fragile and disoriented.”  However, he reflected upon the disciples who, while on a boat with Jesus, were caught in an unexpected and furious storm.  Jesus calmed the storm but rebuked the disciples for their fear.  He expressed, “Why are you terrified?  Do you not have faith?” (Mk 4:40).  Those same disciples in the boat with Jesus would experience, not only His message, but many other signs of who He was and yet they still would not believe that He had risen from the dead.  It is only Jesus’ acceptance of our fragility that enables all of us to recognize Him and not fear.

In his homily at the Easter Vigil this year, Pope Francis concluded with faith filled words that encourage all of us to be embraced by the Lord in our fragility and to encounter the true meaning of life.  He said, “If this night you are experiencing an hour of darkness, a day that has not yet dawned, a light dimmed or a dream shattered, go open your heart with amazement at the message of Easter. ... Do not be afraid, he has risen.  Your expectations will not remain unfulfilled, your tears will be dried, your fears will be replaced by hope.  For the Lord always goes ahead of you, he always walks before you.  And, with him, life always begins anew!”