Living the Truth in Love - Mary in the Upper Room 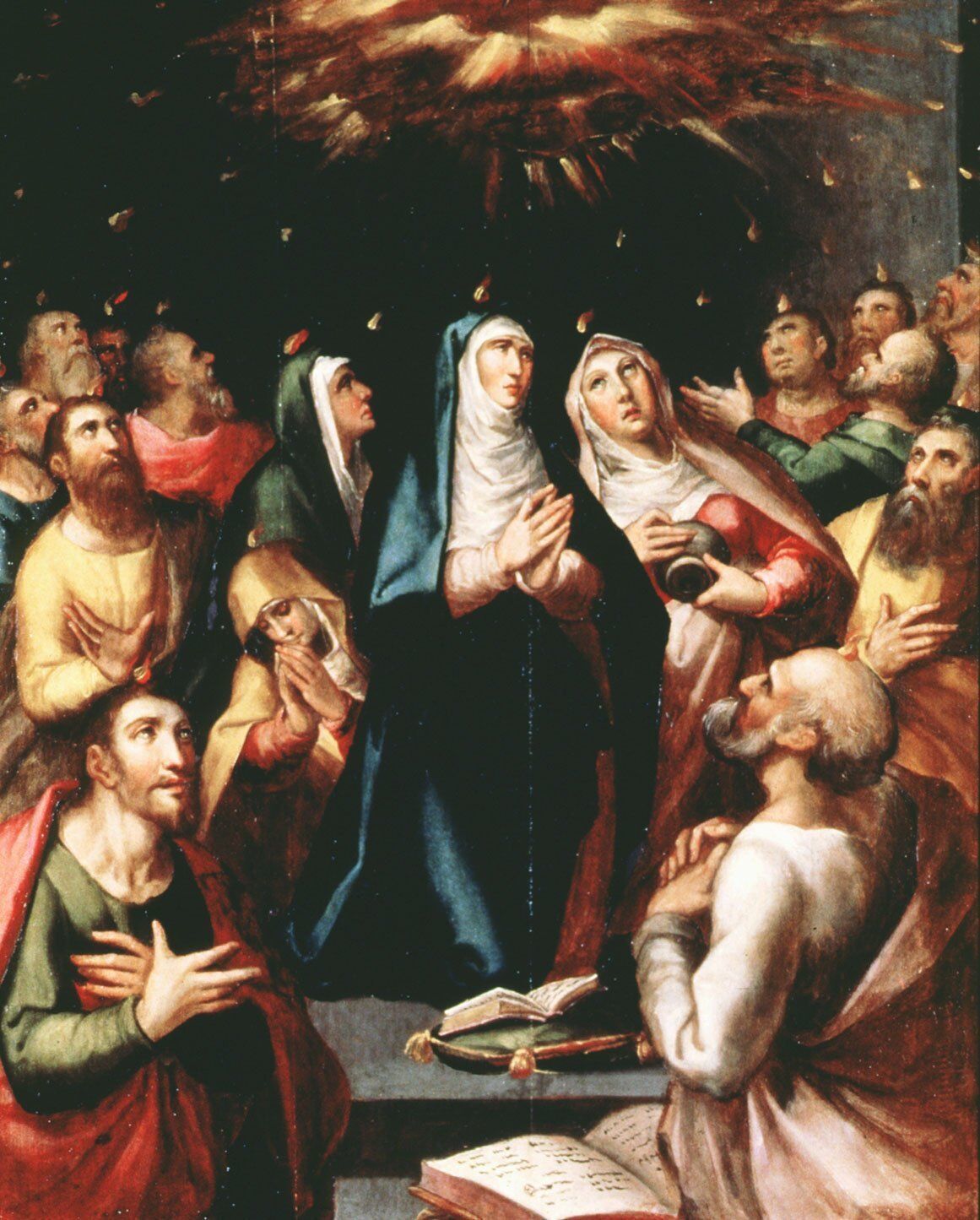 Recently I listened to a bishop reflecting upon the appearance of the Risen Jesus to His disciples in the upper room on Easter of which we read in the Gospel of St. John (Jn 20: 19–23). The bishop made reference to Jesus’ greeting of peace, “… as He appears to the apostles and Mary in the upper room.”  I was struck by his reference to the presence of Mary in the room since the Gospel passage makes no reference to it.  While the passage does not deny her presence, it only makes reference to the disciples present who are presumed to be the apostles. The passage continues to recount the absence of the apostle, Thomas, who was present in the room the following week to confess his faith in the Resurrection of Jesus after he had clearly made known his doubts about it.

I was delighted to hear the reference to Mary as it affirms a reality which may not be reflected upon enough.  Mary was present at many of the events in the life and ministry of the Lord about which we have no sure knowledge from the Gospels, but about which we can rightly wonder.  The fact is that Mary was present at the wedding at Cana in Galilee (cf Jn 2:1–11).  There really would have been no reason to mention her presence on this occasion except that her presence was the impetus for Jesus beginning His public ministry, even though He had not intended to do so at that time.  When the wedding couple ran out of wine, Mary persuaded Jesus to do something about this and He performed His first miracle of changing water into wine, beginning His ministry with the first of His signs.

The presence of Mary at events in the ministry of the Lord is also affirmed by the Gospels telling us that people with whom Jesus was speaking told Him on occasions that His Mother was there (cf Matt 12:46-50; Mk 3:31–35; Lk 8:18-21).   As we reflect upon so many other incidents in the life of Jesus, such as His baptism, the multiplication of the loaves and fishes, the Sermon on the Mount, His Ascension, and countless others, we cannot discount Mary’s possible presence, and I often wondered what her support and influence at them could imply.  Saint Pope John Paul II frequently spoke of the presence of Mary at the Last Supper, not in terms of her physically being at the table, but in terms of her being present since the Body and Blood of the Lord which He gave us on that occasion was from the body and blood of Mary.  Mary’s presence at events in the life of the Lord can be a support for us in better understanding the message of Christ and in discerning His indwelling within us and us in Him as paramount in our spiritual lives.

Saint Pope John Paul II also reflected upon the fact that the Gospels make no mention of Jesus’ appearance to Mary after His Resurrection.  He stressed “This silence must not lead to the conclusion that after the Resurrection Christ did not appear to Mary. ... Indeed, it is legitimate to think that the Mother was probably the first person to whom the risen Jesus appeared.”  In this context, it is not at all inconceivable to believe that Mary was present with the disciples on other occasions after the Resurrection when the Lord appeared to them and her presence was significant.

After the Resurrection of Christ, Mary could have very well been the focal point for the apostles.  She held them together in a unique manner before the Holy Spirit came upon them at Pentecost.  While they were still frightened and insecure before the coming of the Spirit, it was Mary who encouraged them and even brought them together.  She perfectly understood the message of her Son as well as the full meaning of His Cross and Resurrection.  She handed onto them what she treasured in her heart during the life and ministry of Jesus.  It is very conceivable that Mary brought the apostles together on the evening of the Resurrection in the upper room and that she was the one who sought out the absent apostle, Thomas, to be sure that he would be with the others the following week.  It is also very likely that it was Mary who gathered the apostles together in the Cenacle and prepared them to receive the Holy Spirit, reminding them of her Son’s promise.  She stood in the midst of them to receive the Spirit.

As we continue to reflect upon Mary during this month of May, we realize that her role is that of holiness which is the central mission of the Church.  The Catechism of the Catholic Church so poignantly teaches, “Mary goes before us all in the holiness that is the Church’s ministry as ‘the bride without spot or wrinkle.’”  That is why the ‘Marian’ dimension of the Church proceeds the single “Petrine.” Mary precedes St. Peter and the apostles.  As we celebrate Pentecost and encounter Mary standing in the center of the apostles as they receive the Holy Spirit, may she continue to stand at the center precisely by her pointing to Christ as the center to which she leads us.