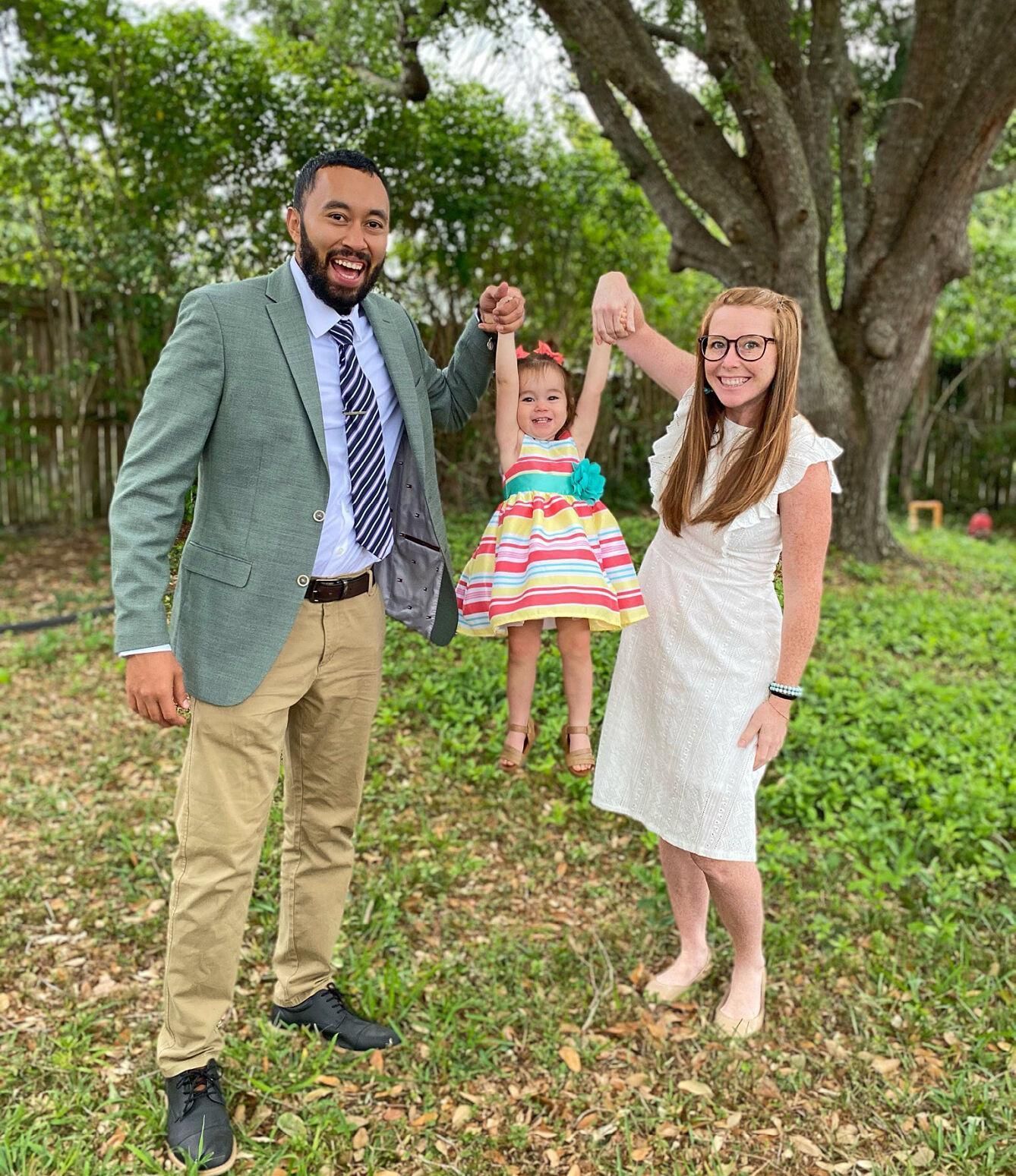 PORT ST. LUCIE - Recent converts Nelson and Keri Sanchez began their Rite of Christian Initiation of Adults (RCIA) study at St. Lucie Catholic Church in 2019; they entered the faith on Pentecost Sunday in 2020. Their journey to Catholicism was at times turbulent, especially as they weighed their involvement with a local Protestant community with the teachings of the Catholic Church.

Keri was baptized as a Lutheran, and Nelson was raised without any particular focus on faith; his dad is a Jehovah’s Witness and his mother a nominal Catholic. They didn’t celebrate Christmas and as a young adult, and he was skeptical about faith until a set of circumstances got his attention.

“I leased a car before Keri and I were engaged and was putting a lot of miles on it,” he said. Unable to withdraw from the deal, he found himself owing $7,000 due to the extra mileage. It was during an online group chat with friends that he sarcastically said, “Pray for me.” To his surprise, their prayers seemed to work.

Nelson went to a different car dealership seeking a way out of the debt. “The salesman was actually helpful, and I got a better deal,” he recalled. The salesman realized he recognized Nelson from the local Christian church the couple had been infrequently attending. Keri gave her husband a nudge under the table, with the message: “We have to go to church tomorrow.”