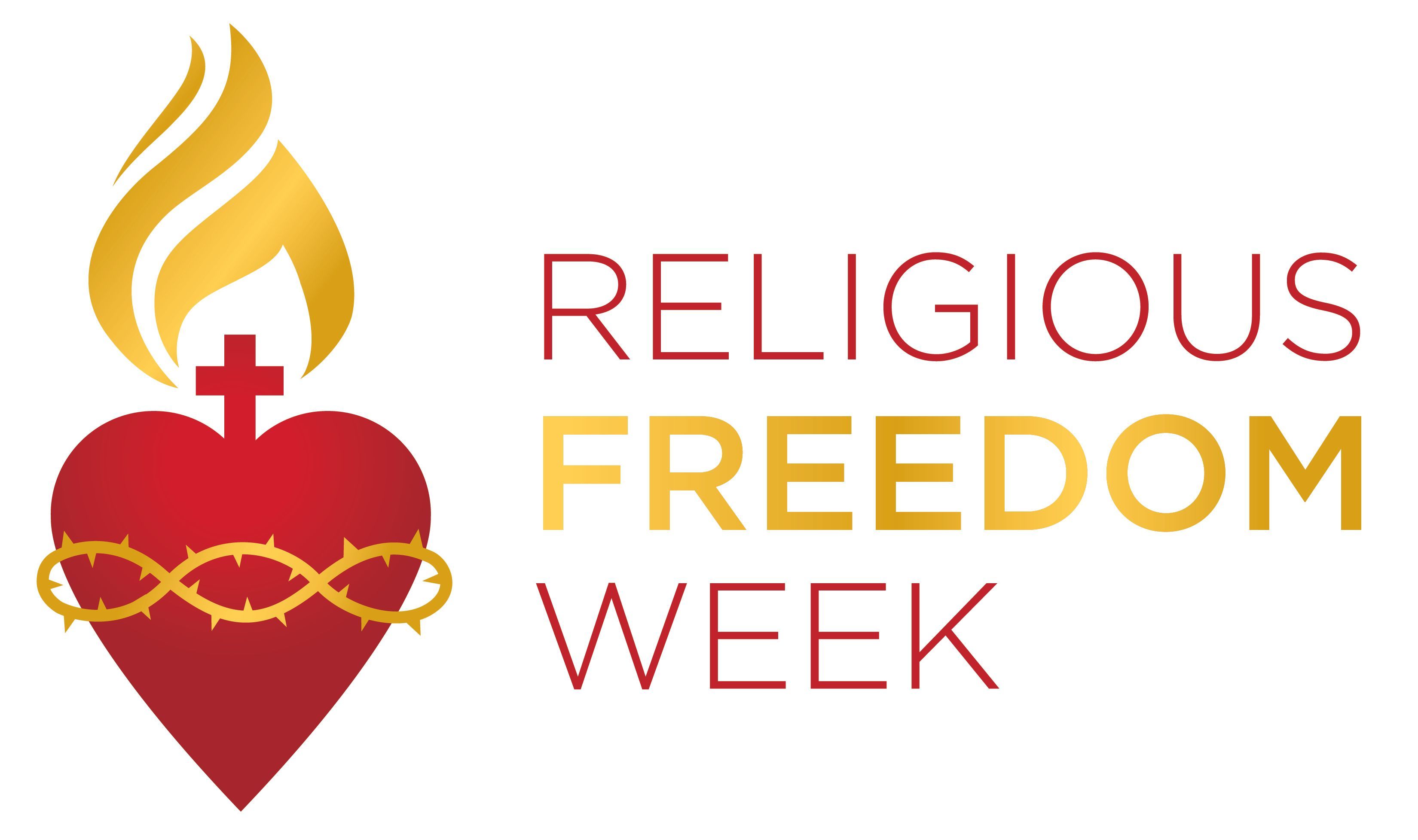 Religious Freedom Week takes place June 22 – 29 each year. It begins with the feast day of Sts. Thomas More and John Fisher, includes the Nativity of St. John the Baptist, and ends with the feast of Sts. Peter and Paul.

The theme for this year is Solidarity in Freedom. The Church’s promotion of religious freedom expresses her solidarity with all people who seek the good and who hope for fulfillment in the truth, which the Church teaches is ultimately found in Jesus Christ.

“Solidarity means much more than engaging in sporadic acts of generosity. It means thinking and acting in terms of community” (Fratelli tutti, 116). Religious freedom allows the Church, and all religious communities, to live out their faith in public and to serve the good of all.

The USCCB provides “Pray – Reflect – Act” resources at www.usccb.org/ReligiousFreedomWeek—one for each day on different religious liberty topics. These materials help people learn about religious liberty from a Catholic perspective, pray about particular issues, and act on what they learn by advocating for policies that promote religious freedom.

The Pray-Reflect-Act resources show the breadth of religious liberty issues of concern for the bishops. The Committee for Religious Liberty has collaborated with the Office of International Justice and Peace to raise awareness about the persecution of Christians in Nicaragua and to lift up Pope Francis’s trip to Iraq this year. We need to be in solidarity with people throughout the world who suffer for their faith.

Domestically, a major area of concern continues to be freedom for Catholic institutions, such as schools, hospitals, and child welfare service providers, to carry out their missions with integrity.

While the United States has suffered the effects of the COVID pandemic, Catholics have stepped in to serve. Catholic schools, like the Archdiocese of Boston, have led in showing how to safely reopen schools. In Hawaii, Catholic Charities has worked to help renters get access to government relief programs. In addition to its regular work of advocacy, Catholic Charities U.S.A. has provided personal protective equipment, organized food donations, and started the Francis Fund for Eviction Protection. However, religious organizations’ ability to partner with the government in its relief efforts and to receive needed government aid is continually threatened by legislative provisions that would exclude some faiths but not others.

The Equality Act represents a major threat to the Church’s freedom to engage the public. The Equality Act purports to protect people experiencing same-sex attraction or gender dysphoria from discrimination in employment and many areas. But at the core of the Equality Act is the codification of the new ideology of “gender” in federal law, dismissing sexual difference and falsely presenting “gender” as only a social construct. By requiring all Americans to speak and act as if there is no meaningful distinction between the sexes and as if gender has no connection to the body, the Equality Act legally and socially harms Americans in serious ways and injures the common good.

Learn more about the Equality Act at www.usccb.org/equality-act and check out the USCCB Action Center at www.votervoice.net/USCCB/home for legislative updates on this and other important policy issues.

Another issue of special concern is the wave of attacks on Catholic churches that began in May of 2020. Vandals entered churches and desecrated sanctuaries. A man in Florida even attempted to set a church on fire with people inside. There have been over 60 attacks so far, and that number continues to grow. The precise reasons for these attacks are often unknown. In some cases, they are tied to anger at perceived injustices from the past. Other cases may involve mental illness. In all cases, Catholics must remember that we worship the Lord who reveals the truth and beauty of the gospel in his suffering and resurrection, and that we are called to respond to aggression with compassion.

Through prayer, education, and public action during Religious Freedom Week, we can promote the essential right of religious freedom for Catholics and for those of all faiths.