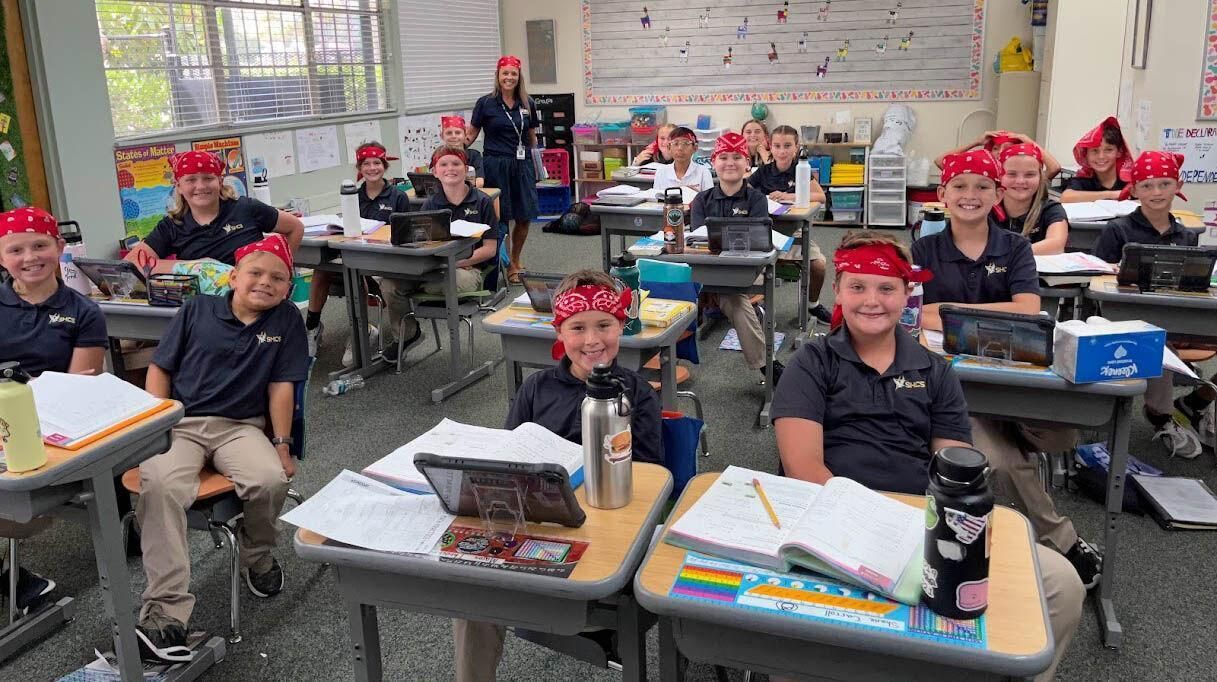 VERO BEACH  |  Students at St. Helen School in Vero Beach recently discussed the Sept. 11 terrorist attacks that occurred in 2001, way before they were born. The fifth graders in Abi Harbin’s class memorialized Welles Crowther, who worked in the South Tower of the World Trade Center in New York, by wearing red bandanas. Crowther is credited with saving many lives after a United Airlines jet hit the building. The students learned about the courageous attitude and brave spirit of the man who became known as the “man with the red bandanna,” which he wore to help shield his mouth and eyes while assisting injured and scared people. Crowther died later when the building collapsed.

Meaghan Sherer’s fifth grade class also heard from a special guest via Zoom, who talked about the harrowing day, the rebuilding efforts and what can be seen if students visit New York today.

To learn more about St. Helen School or the other Catholic schools in our diocese, visit https://www.diocesepbschools.org/.